What We Have Achieved

We inaugurated Project Arizona in early January 2018, when six students from Poland, Ukraine, and Croatia came to Phoenix. We organized for them an intensive program that consisted of:

Each intern was placed at a different organization, and gained valuable work experience and acquaintance with the American work ethics.

Meeting successful people dedicated to liberty and entrepreneurship is vitally important for our young leaders to build their own networks and use them to further their own cause. Some of our outstanding networking contacts: 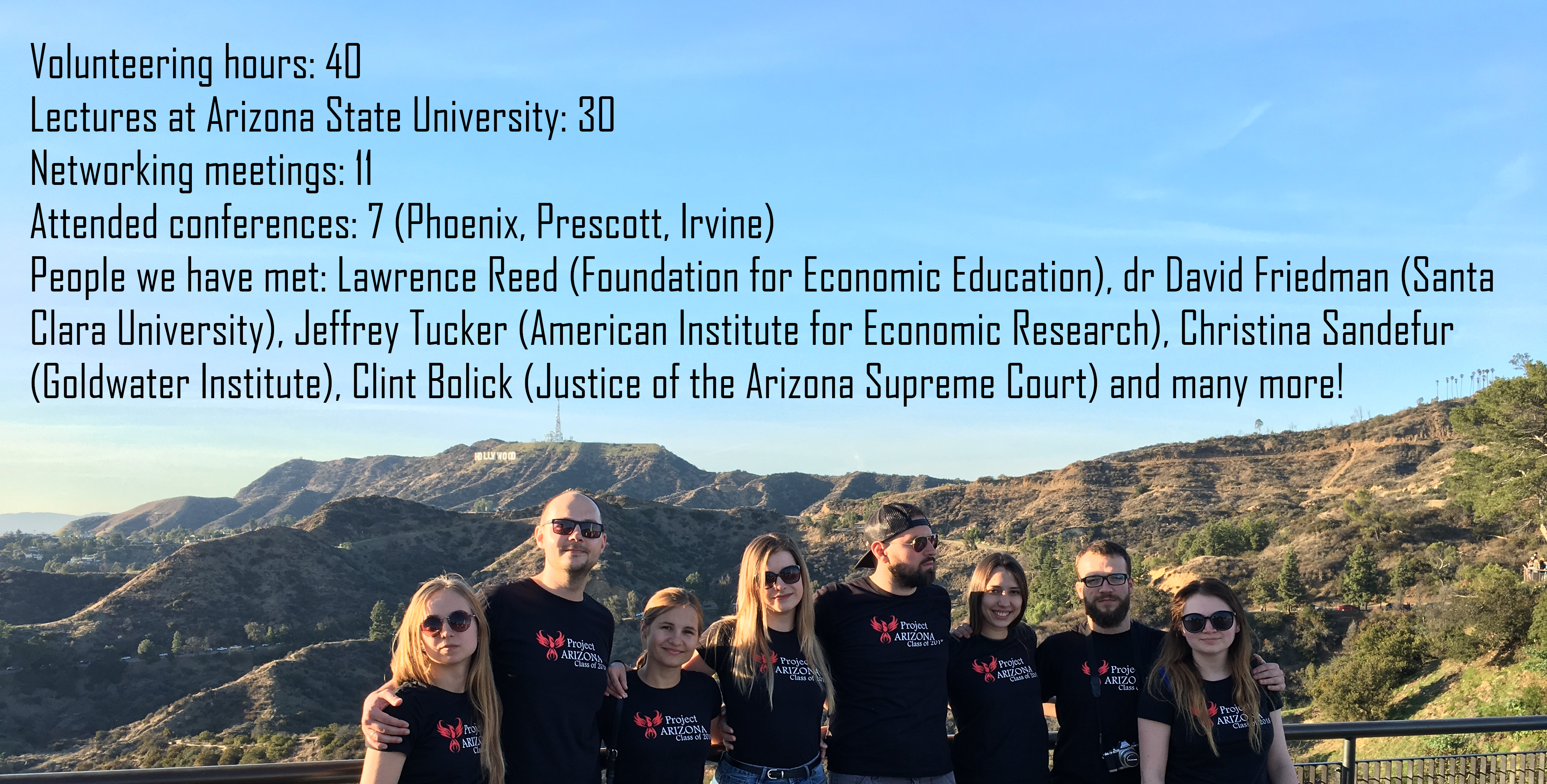